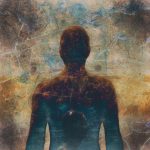 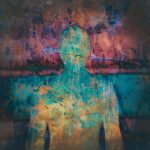 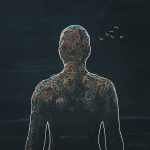 Asked to offer three takes on the same subject, Tim Sawyer from Bramhope offered three images that were artistic variations on the famous Gormley figures on Crosby Beach. They very much caught the eye of Ilkley Camera Club’s visiting judge, Kylie-Ann Martin, on 26 February and won Tim first place in the Three of a Kind competition. “Here the photographer has put his own stamp on another person’s artwork. That’s what I like since I am assessing the photographer’s skills not the artist’s,” said Kylie.

Awarding second place, she praised three snowy scenes in a park taken by Len Downes from Hampsthwaite. Third place went to Nick Hodgson for a beautiful, reflected set of objects found on a beach. “The detail is super,” commented Kylie. She went on to give Highly Commended awards to Keith Allen with three common garden birds and Alison Tetley with three images based on a church in snow. Commendations went to Peter Farmer, Geoffrey Smith, Andy Thomas, Phil Reeds and Larry James.

Kylie-Ann suggested a number of ways in which images could be improved. “Watch out for distractions, particularly at the edge of your photos. In this kind of competition you can clone them out. On the other hand try not to miss out the last part of an object like a foot. Also take care to get separation between objects so that you enhance the feeling of depth. Just moving a little to the left or right or crouching down may help you achieve this.”

Whilst she felt there was good use of post processing technology, she did urge caution. “On something like High Dynamic Range adjustments be careful not to take it too far or you may get artifacts like halos round the edges of some elements. Also watch out for very bright areas and tone them down a bit.” Concluding, Kylie spoke highly of the number of images that had an abstract feeling with subtle colours and sinuous shapes.

You can see the full results and all the award winning images by following this link.