Photographers are usually hesitant to get their equipment wet. But on 26 May you could hear members of Ilkley Camera Club singing in the rain as they discovered how raindrops could dramatically bring their photographs to life. The occasion was a Club outing to the Himalayan Gardens and Sculpture Park just north of Grewelthorpe, North Yorkshire.

The rain was easing as members arrived and it left the incredible array of rhododendrons, azaleas, poppies and other shrubs with a magical coating of water. With clouds overhead there was no direct sunlight but this was all to the good as it meant that the flowers could be photographed without worrying about significant variations in lighting which often make exposure difficult when capturing flowers. Club organiser, Peter Farmer, said, “The only downside of dull lighting is that it calls for slower shutter speeds. If these get too slow then there is a risk of camera shake so the objects can appear blurred. The solution is either to increase the ISO – how sensitive the camera is to light – or mount the camera on a tripod so there is no movement. There are pros and cons with either solution and our members were eager to experiment.”

Getting in the right position was also an issue. Poppies in one area of the garden were resolutely facing away from the path and had their heads down. “We didn’t want to leave the paths in case we did some damage,” said Peter. “So we had to hold the cameras underneath the poppies and facing back towards us. Obviously in that position you can’t see through the view-finder. You can guess how to point the camera but a better solution is available if you have a camera with an articulated screen on the back which you can swivel round so you can see it.”

As well as the magnificent array of flowers in the gardens there were numerous works of art, all displayed in the outdoor setting. On top of that some fairy doors had appeared on several of the trees. “No one actually saw a fairy,” commented Peter, “but it certainly looked as though the tree homes were well looked after.”

Here are some of the photos taken by members and their friends. Click on an image for a rolling full-size slideshow. 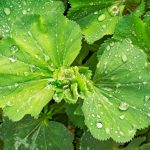 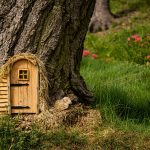 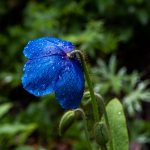 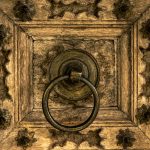 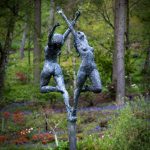 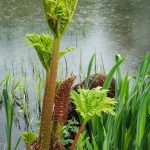 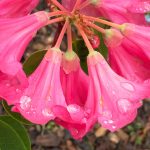 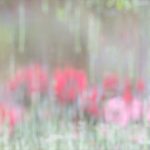 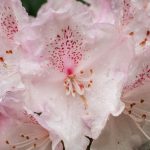 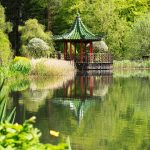 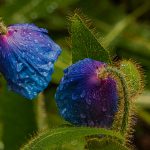 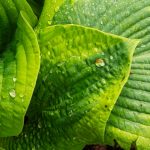 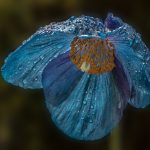 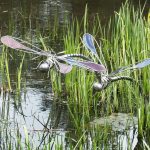 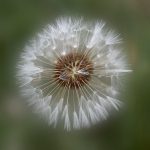