Stunning landscapes and amazing technology were the two contrasting themes in the Club’s meeting on 9 April. It featured the work of two Club members. 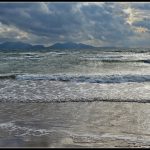 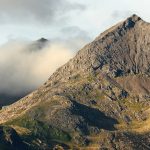 Crib Goch With Snowdon Beyond

Adrian Hendley talked of “a life in landscapes”, from mountain climbing with his parents, captured on slide film, to modern digital images. He said, “It amounts almost to an obsession and I truly empathise with the words of Brooks Jensen who spoke of the mystery, wonder and depth of landscapes. I try to reflect that in my photographs.” His images featured the hills and mountains of England’s Lake District, Scotland and north Wales plus the countryside and seascapes nearby.

“I’ve learned that the light and shadows are always changing. If you are patient and have practised enough then you may be fortunate enough to capture a scene when it has particular impact.” Adrian was not short of stories about how shots were taken and good places to view the landscapes from. But he stressed the need for care and to assess your own capabilities in relation to the climbs: especially before committing yourself to taking your equipment along a ridge with drops of 1,000 feet either side. 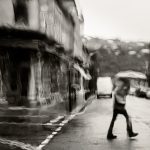 Saltaire in the Rain 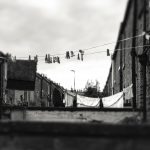 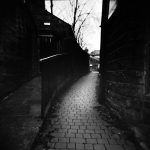 High impact images of a different kind were the subject of John Fontana. He demonstrated images taken with a LensBaby Edge lens. “This is a tilt lens,” and he explained, “it means you can move the area of depth of field around in your image.” He showed how this meant, for example, that a building that stretches away at an angle to the camera could be captured sharply throughout.

But the technology can also be deployed for special effects such a deliberately putting an area of the image out of focus. “It gives you a powerful way of drawing the viewer into an image to concentrate on what you think is important. Since there is no auto-focus on these lenes it is useful to have a camera with focus peaking, which highlights the parts of the image in sharpest focus.”

In the second part of his talk, John showed images taken with a Holga 120N film camera selling for just £30. Whilst it did not have the vast array of controls found on conventional cameras, the style of the images and the discipline it imposed could lead to some striking images, as John demonstrated.