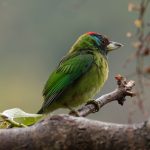 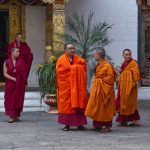 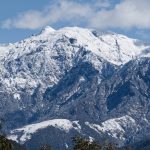 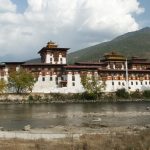 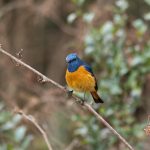 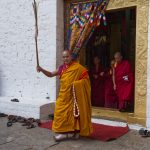 Club member, July Kay, was one of the last westerners out of Bhutan when the covid-19 virus locked-down the remote Himalayan kingdom early in 2020. On 4 December she told her story to the Club and showed the images she had captured. We show just a small selection here.

Julia explained “You have to be invited to visit Bhutan by a Bhutan citizen. Fortunately we received our invitation as part of a group of bird-watchers.” The group saw many colourful birds thanks to an excellent leader. “But we also wanted to see some of the culture of the country,” said Julia. “So we really enjoyed our visits to monasteries and rather grand Dzongs, which are like administrative offices, fortresses and monasteries all rolled into one.”

The landscape varies from some of the highest mountains in the world, to rice fields, to tropical forests, and you can experience the full range in just one day. “Mind you,” recalled Julia, “the roads are often narrow and wind through many passes so travel can be slow and you have to be prepared for long days.”

One curiosity Julia discovered was that Bhutanese people do not have family names. Not only that, “The birth names are not given by the parents of the child but are often selected by an astrologer or a monk so that the child is auspiciously named.” Tradition is very important in Bhutan and it is a constitutional monarchy, with the King greatly respected. English is widely spoken and the people are very friendly. The group was invited into a private house where they had lunch and saw traditional crafts of silk production and weaving.

“It was an exhausting experience,” said Julia, “But the views were magnificent and the bird life was fascinating. I would thoroughly recommend the trip when the country fully re-opens.”